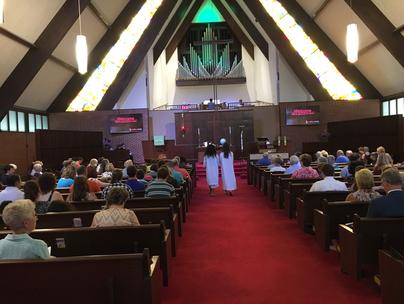 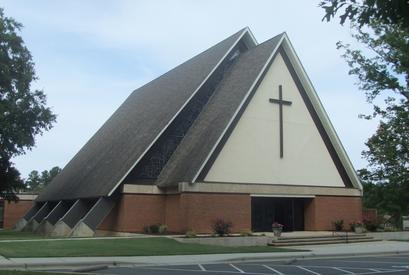 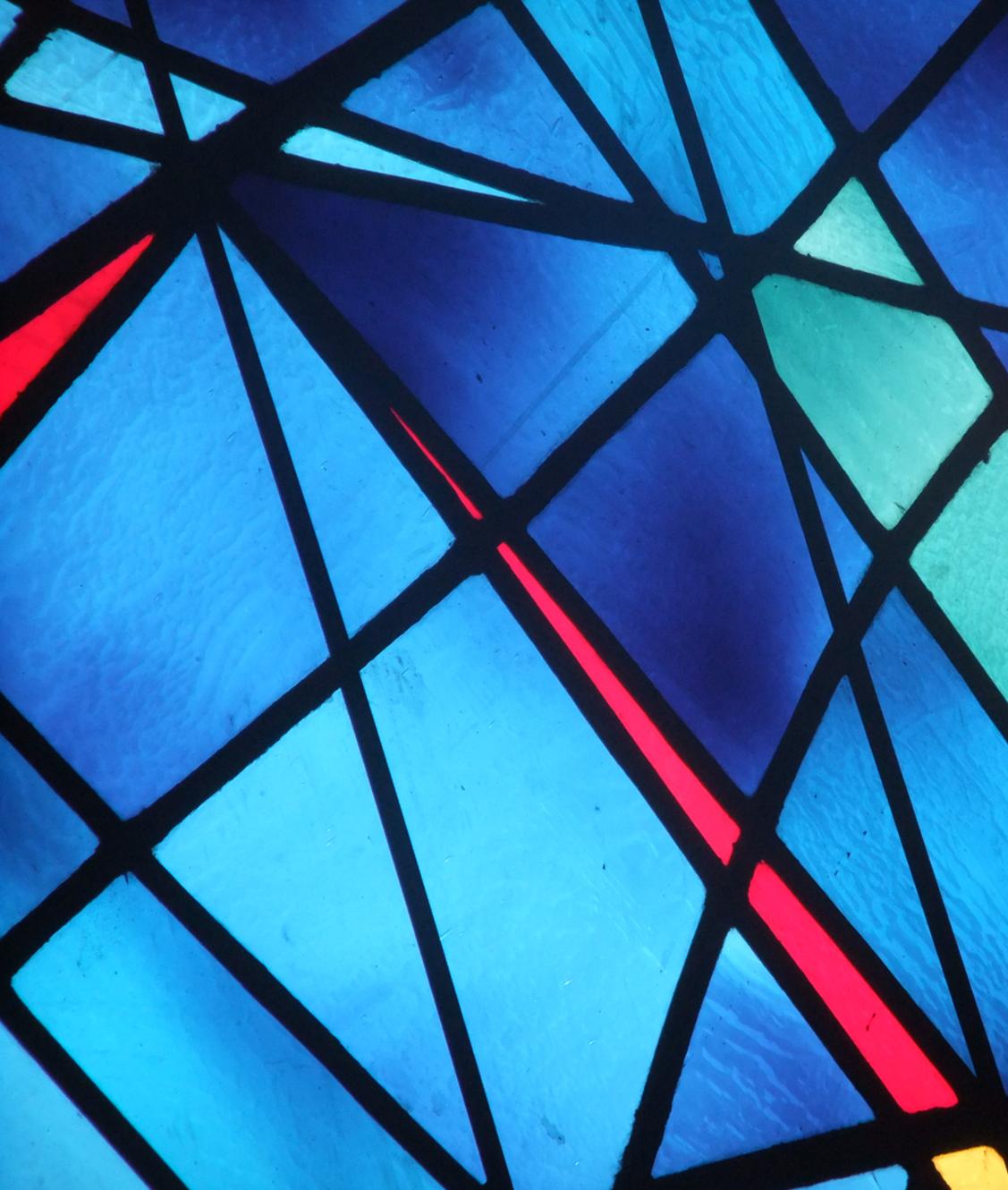 Our church was formed in 1955 at the Franklin Community Building with 55 charter members led by the Rev. Worth Sweet. Each member played a pivotal role in the building of the new church physically, spiritually, and financially.  Less than two years later (1957), the Fellowship Hall (which served also as the sanctuary) was consecrated by Bishop Harmon at our current Statesville Boulevard location, along with Educational Building 1.

We quickly outgrew the new facility and held classes everywhere, even in the kitchen! So, the second education building (named for church leaders C.W. and Leona Herman) was finished in 1964, and services in our sanctuary began in 1971.

In the mid-1990’s, our electric organ was failing, so we replaced it with a wonderful, new pipe organ (1999) which will last for generations to come.

By the late 1990’s, we were once again outgrowing our facilities. So, a long-range planning committee was formed and these visionaries created a development plan.  As a result, a new education building and offices were opened in 2007. Future long-range plans include an additional children’s wing, a porte-cochère, additional covered walkways, a bell tower, a family life center and additional parking.

Architectural gains through the years don’t begin to tell the story of our church family’s personal growth. With divinely inspired pastoral leadership, we are indeed living our motto to “Glorify, Edify, and Multiply.”

On November 13, 2005, Milford Hills United Methodist Church celebrated its 50th Anniversary with a special service and covered dish dinner.  Members past and present attended the event, as well as two former pastors. Following the lunch, a special time capsule was opened revealing many old photographs, letters, and keepsakes from 1976. 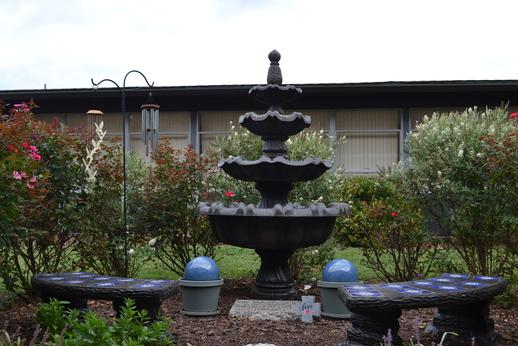 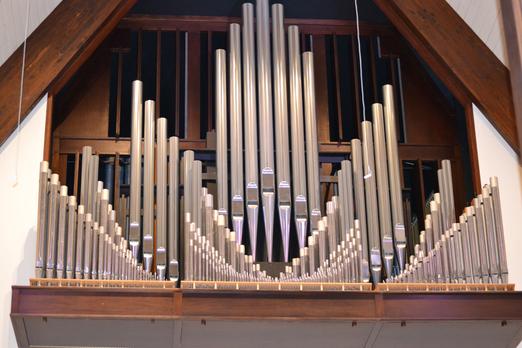